Silence of the Lambs, Noise of the Media 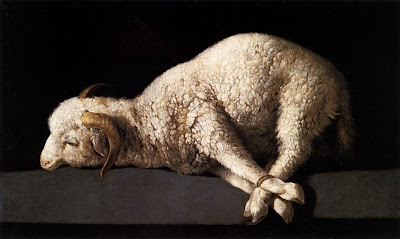 According to Tax Authority of Israel, an Azerbaijani cabinet minister has been left feeling sheepish after he was caught trying to smuggle 50 kg of lamb meat into Israel.

The meat was found in the minister's luggage during a routine inspection at Israel's Ben-Gurion International Airport. Israel requires permits for importing more than 1 kg of meat, therefore the meat was confiscated by customs officials and later destroyed, according to protocol.

Israel's Haaretz paper reported that the minister's aides were embarrassed by the incident. They told the paper the meat was intended for the minister's meals during his visit to Israel.

Media doesn't name the minister and unfortunately, Wikileaks doesn't have the answer.
Posted by LIVLIVS MAXIMVS at 10:31 AM